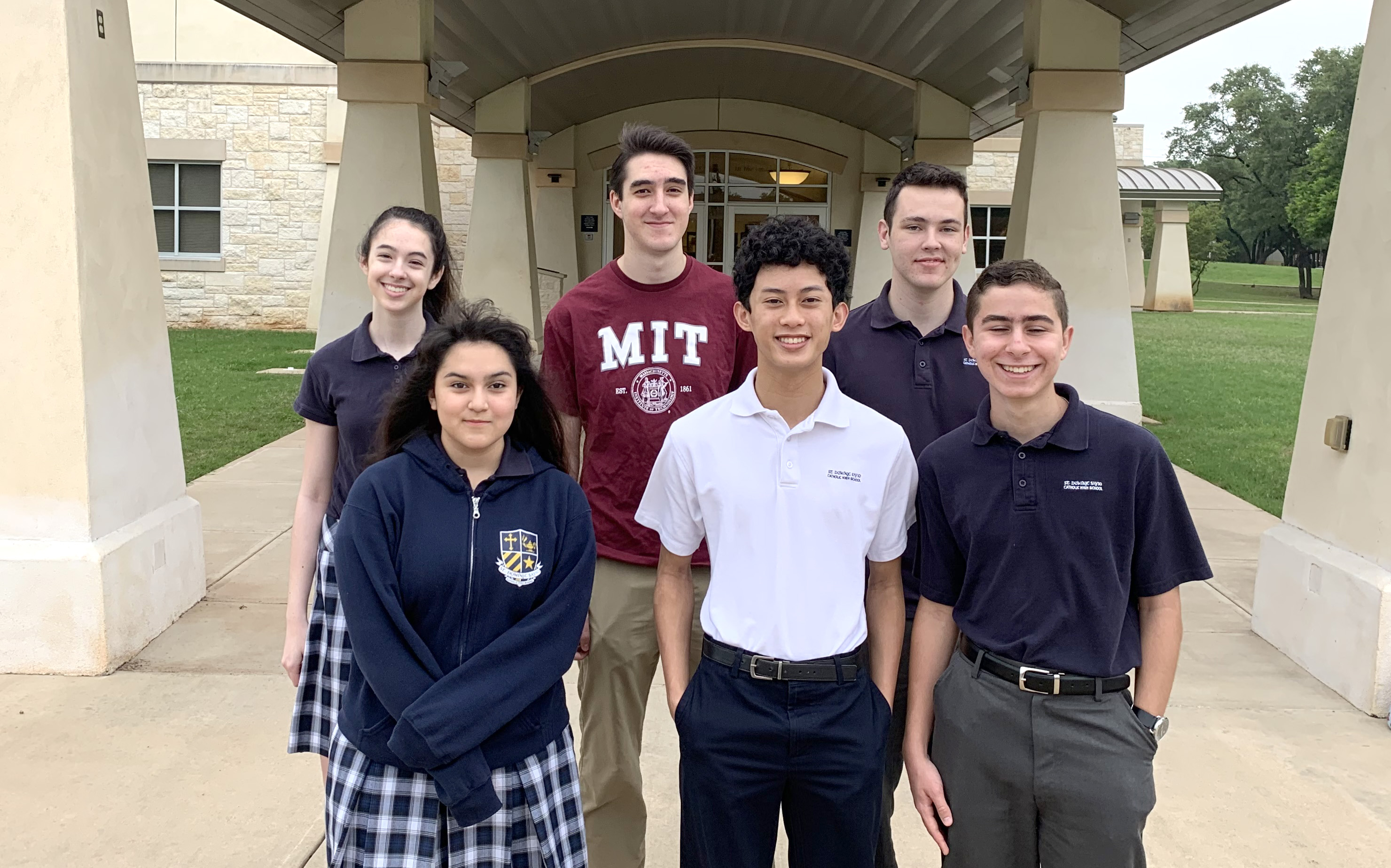 There are five International Olympiad tournaments in which students can compete to represent the United States in a worldwide competition.  This year, the school competed in three of the five Olympiads – Math, Chemistry, and Computer Science.  A total of 15 students competed in these events that started with thousands of students from across the country.

The Math Olympiad started with the American Mathematics Competitions: AMC10 and AMC12 tests. This is a 25 question multiple choice test in which students have 75 minutes to solve problems in Algebra, Combinatorics, Geometry, and Number Theory. The goal is to score well enough on this test to advance to the American Invitational Mathematics Exam (AIME) which is a 15 question, three-hour test, in which all answers are integers between 0 and 999. The top three finishers for each test are considered school winners.  For the AMC10 (grades 10 and below), the results were: Jessica Shoemaker: 1st, Tony Le: 2nd, and Nate Mikosh: 3rd.

For the AMC12 (grades 12 and below), Jonathan Shoemaker advanced to the AIME, and then to the finale – the USA Mathematical Olympiad (USAMO) Invitational, an exam in which students have 9 hours over two days to solve six problems. Only 250 students in the country advance to this stage. Only four students from the Austin area advanced.

The Chemistry Olympiad starts with a school exam in which three school winners are named. The top score from the school advances against the other 15 schools participating in the central Texas area, and the top 10 get to compete in the United States National Chemistry Olympiad.  This is a three-part, 4.5-hour exam including a 90-minute lab portion in which students have to develop original experiments.  This year, the USNCO was held at Westlake with most central Texas schools participating. The top three finishers were: Jessica Shoemaker (1st), Gabrielle Muniz and Dat Le tied. Jessica’s score allowed her to make the final ten round and compete at the USNCO at Westlake.

The Computer Science Olympiad involves four competitions throughout the year in which students have 4 hours to solve three problems. Students achieve ranks of bronze, silver, gold, and platinum by performing well on these tests, and the ranking gets carried over year to year.

Brandon Boettcher achieved a Gold Ranking and Jessica Shoemaker achieved a Silver Ranking. Jonathan Shoemaker maintained the Platinum Ranking and qualified in the final top 11 competing at Clemson University for a chance to represent the final four at the International Competition in Azerbaijan in August. Jonathan is currently undergoing six consecutive days of competitive testing from which the final four members of the team will be drawn. In the competition last year, Jonathan was 5th and the alternate to the team.

If there are any students interested in competing in the Olympiads, pay close attention to the Eagle Weekly at the start of next year for more information. Savio is considering competing in Physics and Biology next school year.