Students at St. Dominic Savio have numerous opportunities to train for and participate in group competitions including:

The Iron Eagles FIRST Robotics team is open to students from all grade levels who are interested in exploring robotics and engineering in a hands-on team environment.  The team meets on Tuesday and Thursday from 4:30 to 6:30. Additional meetings take place during competition season.

Quiz Bowl is an academics-based game in which two teams of four students compete to answer questions about math, science, history, literature, religion, and arts. The Savio team competes approximately once each month at events in Houston, Dallas, or San Antonio run by the Texas Quiz Bowl Alliance.  Students gather weekly for practices.

The Savio Math Team meets Mondays from 6:30 - 8:00 pm at school.  The team competes in several competitions throughout the year, including TAPPS, TMSCA, Math League, the American Mathematics Competition, and Purple Comet. 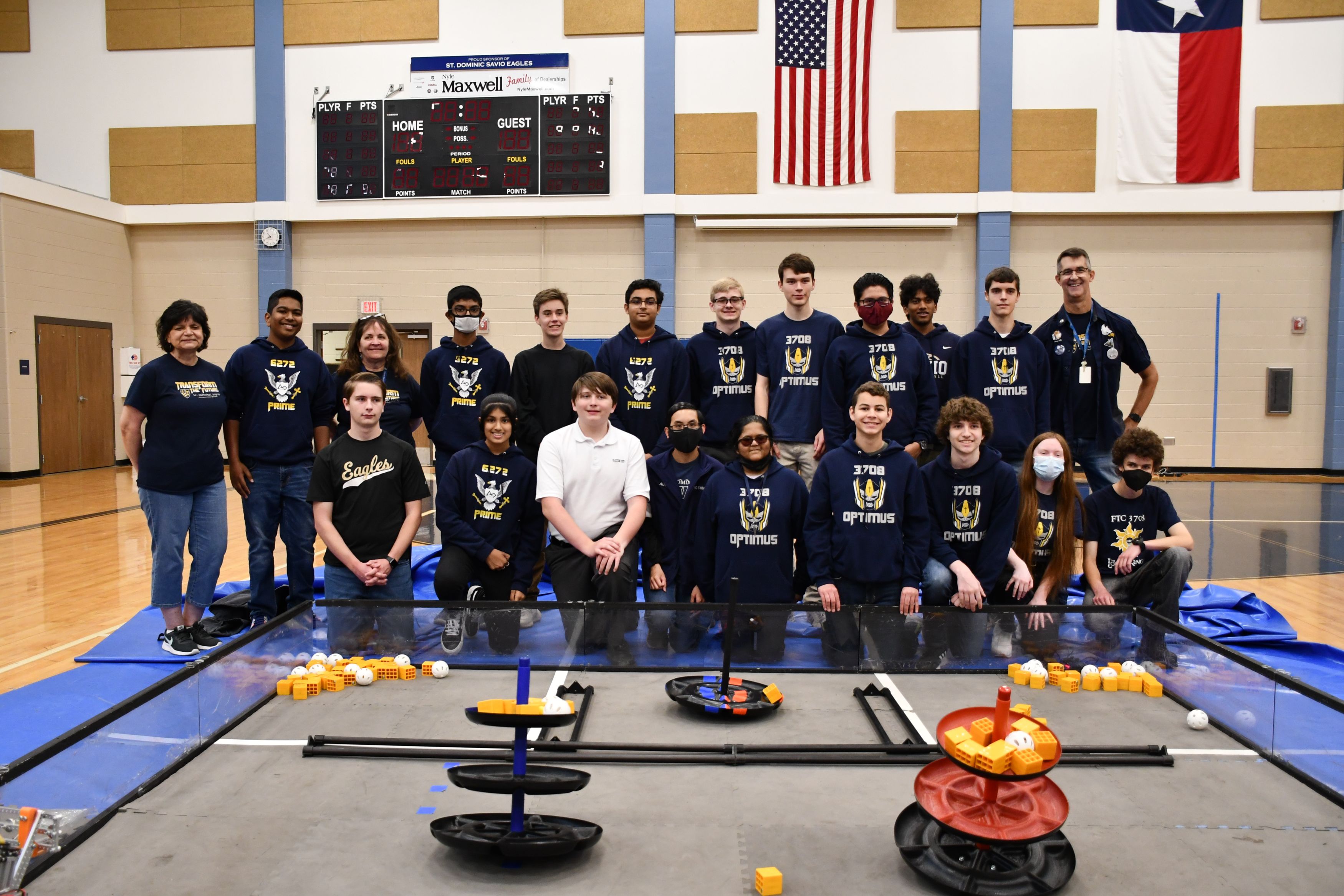