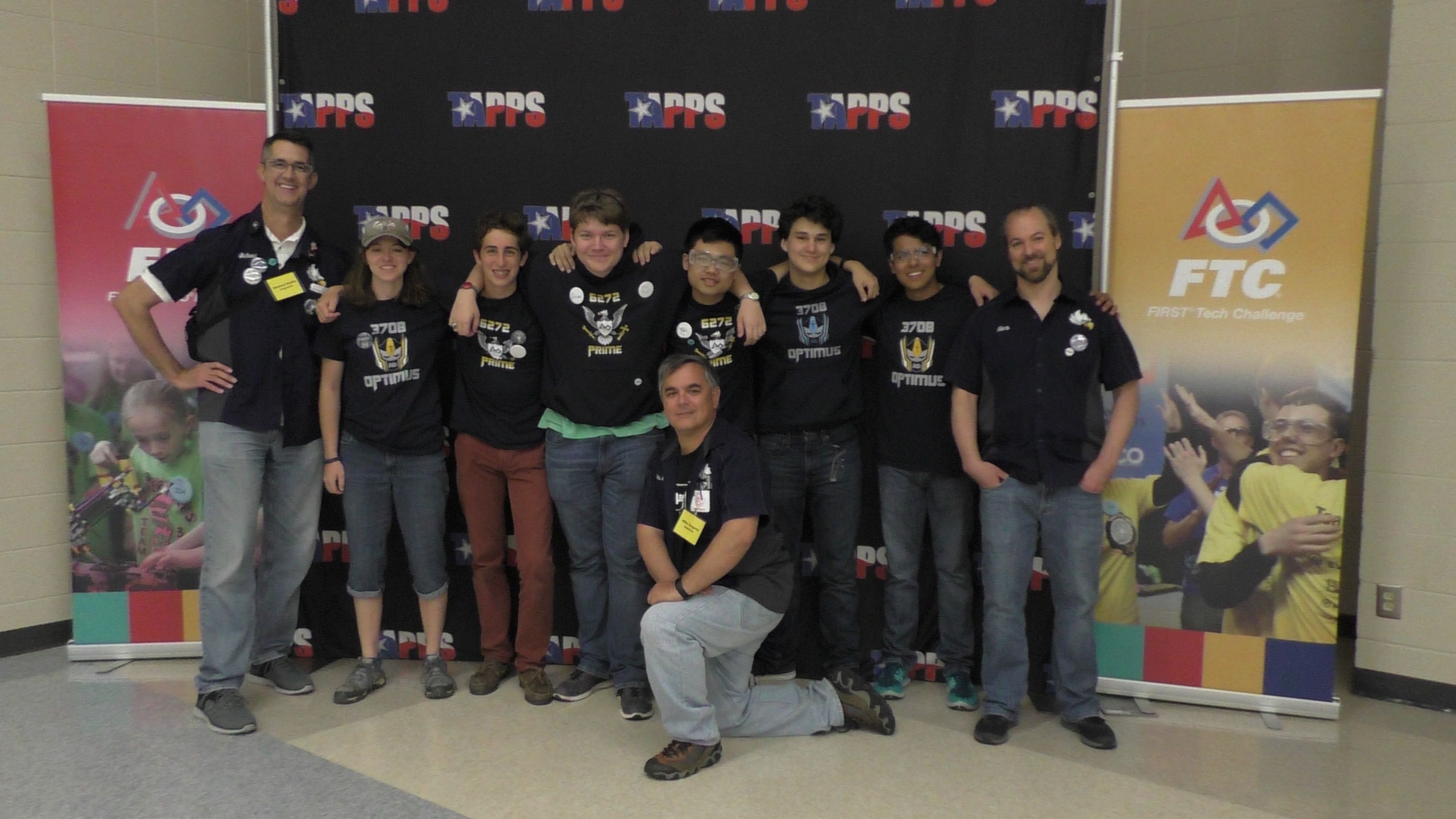 St. Dominic Savio’s “Iron Eagles” Robotics teams finished their season with a flourish on Saturday, May 12, at the first annual TAPPS State Robotics Championship, held at the Waco Convention Center.  After posting a 5-1 record during qualifying rounds, Team “Prime” finished the competition ranked in 2nd place, and then chose their sister team “Optimus” to compete with them in the final elimination rounds of the tournament.  The “Optimus/Prime” alliance then narrowly won their semifinal matches 2-0 before losing in the finals to the strong #1 alliance, made up of World Championship finalist Reicher Robotics from Waco and Austin’s own Saber Robotics from St. Gabriel Catholic School.

At the season-ending awards ceremony, Prime was also honored to win the “Strategic Thinking” award, and both Prime and Optimus were nominated for two other awards.  Congratulations to both teams for a great finish to another successful robotics season! 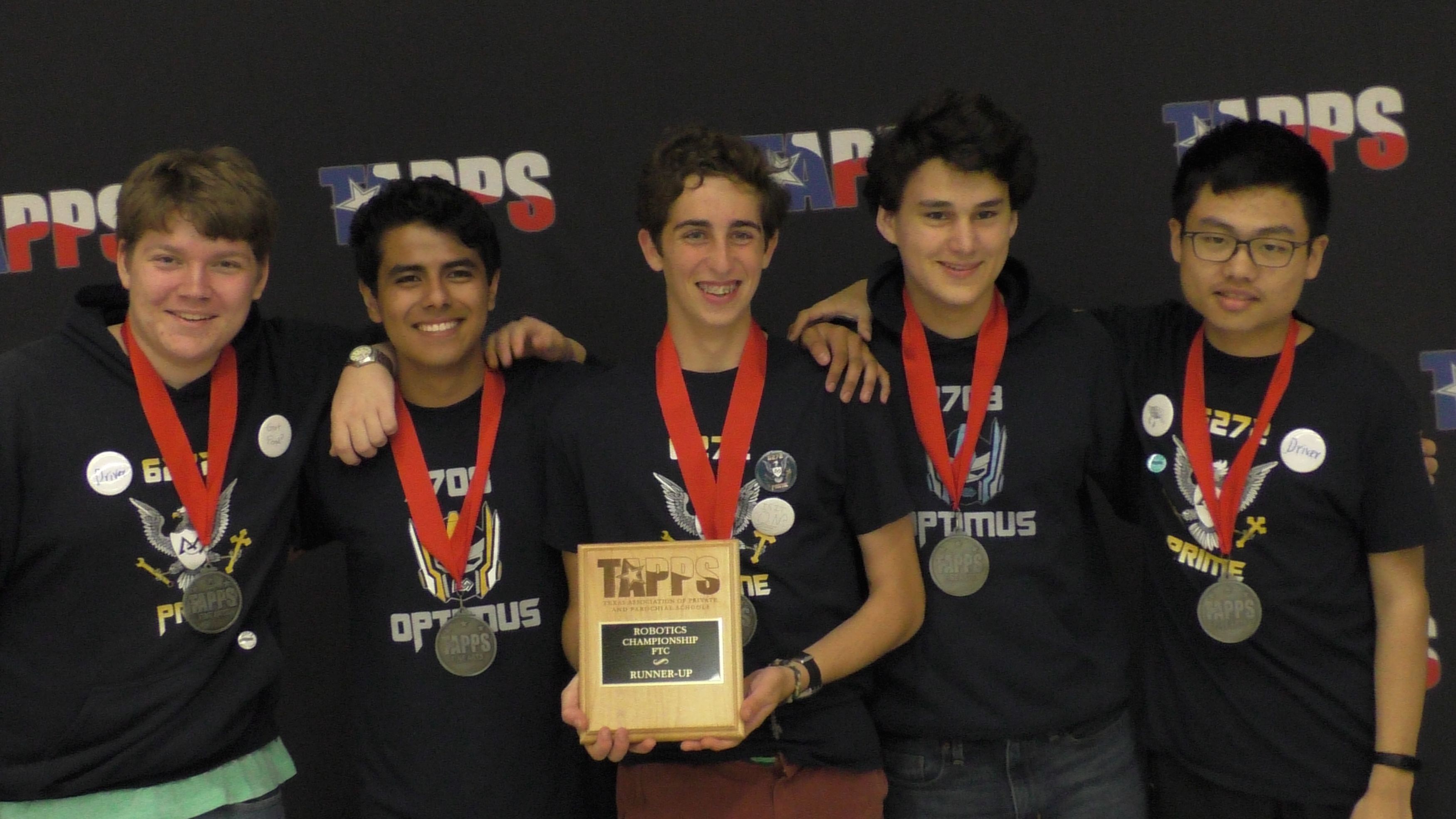 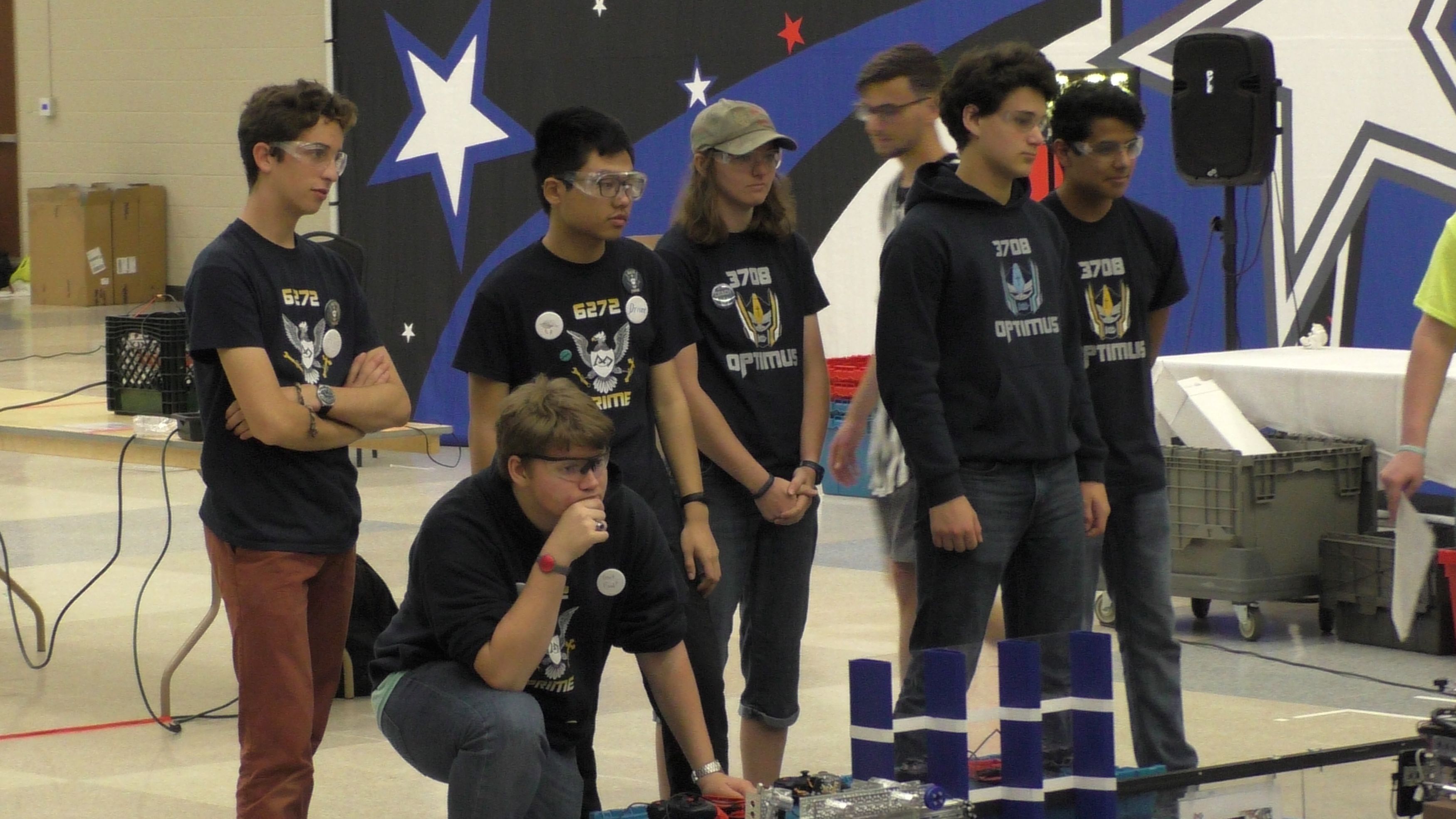