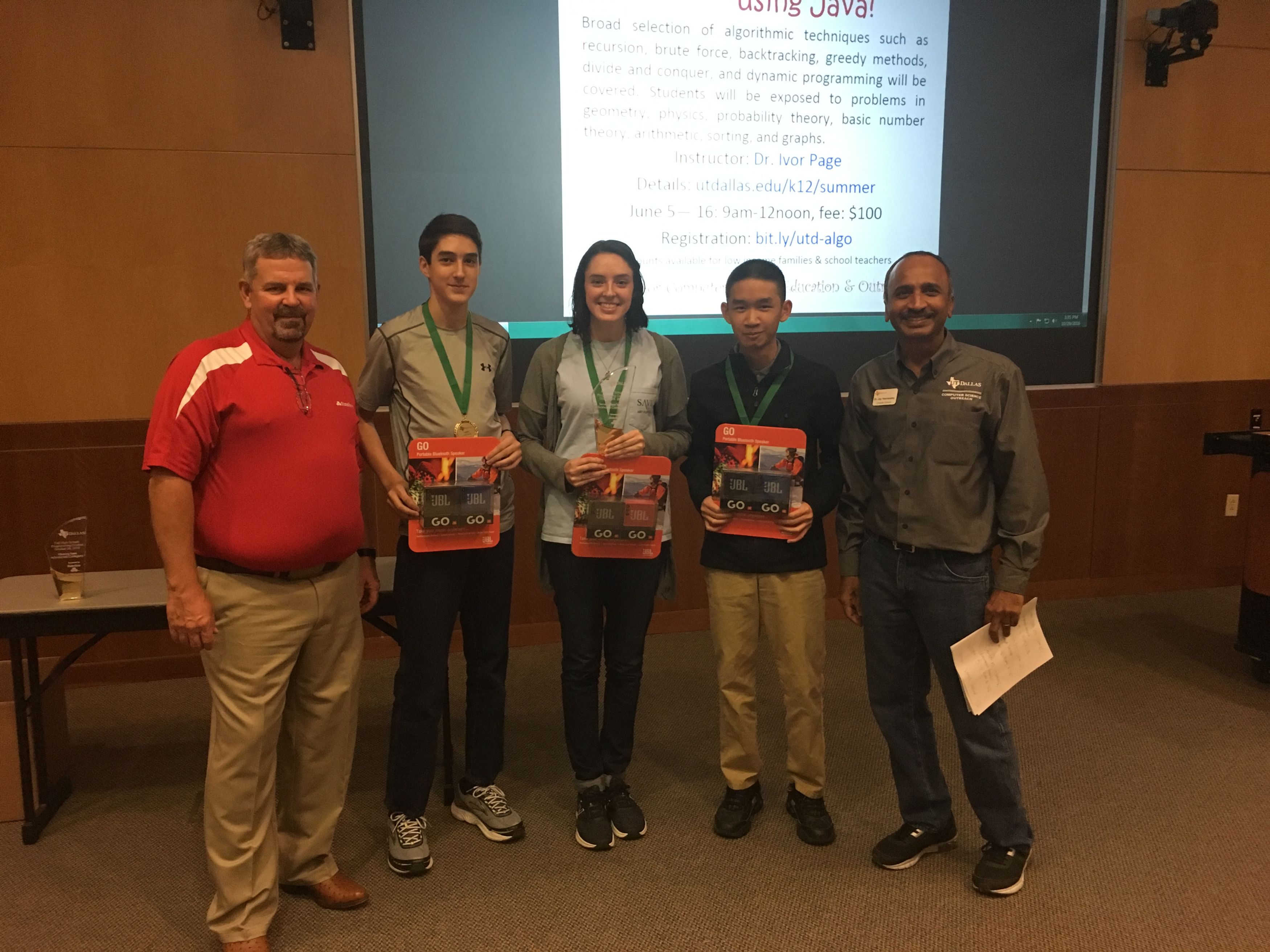 The team of Giakhanh Hoang, Emily Shoemaker, and Jonathan Shoemaker traveled to UT Dallas to compete in The Battle of the Brains, one of the bigger computer science tournaments of the year.  A total of 115 teams competed.  Teams had to try to solve ten problems in three hours.  Each problem required the team to write code to solve a described scenario.  The code was submitted over WiFi and tested against difficult testcases provided by the judges.  The programs needed to not only solve the problem in question, but needed to solve it in a time and memory efficient manner.  Problems included a number theory question involving modulus operations across many different bases, a Candy Crush Simulator that required the team to correctly simulate actual games, and a chess analysis problem looking at the placement of an arbitrary number of queens on a board with over 200 million squares.

As time expired, three teams, including Savio, managed to solve eight questions.  The tiebreaker came down to submission time of the problems and our team finished in second.  The tournament was sponsored by All-State Insurance, so the team walked away with a nice trophy, a set of medals, and each member won a set of portable speakers.