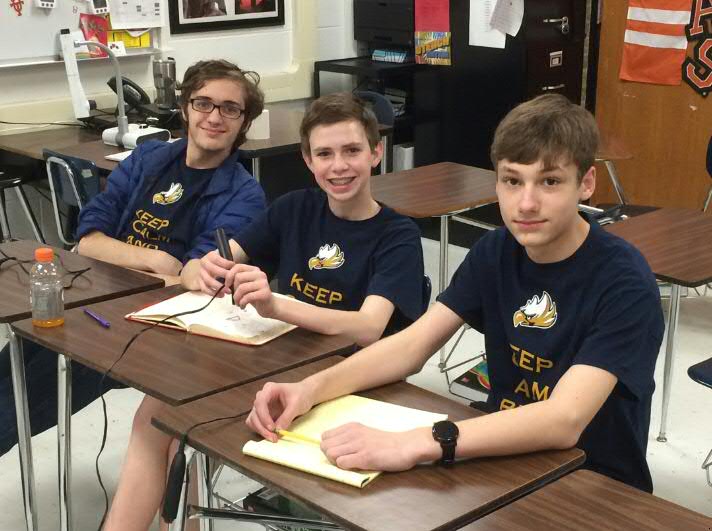 It was an odd tournament in both divisions, as it seemed that just about any team could beat any other team on this day. The "B" team won three of their preliminary matches in convincing fashion. But they struggled in two others, barely holding on for a 115-110 win over the Clark JV team. Their only preliminary round loss was at the hands of the Brandeis JV by a score of 290-140. The Eagles claimed the number two seed for the playoff round, and were surprised that Brandeis, the team who beat them convincingly in the prelims, came in at number three. The top seed went to the JV team from Madison High School who the Eagles had beaten 245-135.

All bets were off when the playoffs started. The number seven seeded Debakey JV team showed no signs of giving up, as they jumped out to an early lead. The Eagles chipped away but trailed 90-80 at the midway point of the match. Debakey held onto their lead until after toss-up number 16 when the Eagles finally surged ahead. The Savio JV held on to win the match 175-105. But their joy was short-lived
as they were bounced out of the tournament in the semi-final match against Juan Diego Academy. The number six seeded team from Juan Diego had upset the number three Brandeis JV squad in the first
round. The Eagle JV team finished tied for third place on the day. Matthew Meskill led the scoring with 51.25 points per game (4 powers and 10 NEG5's). 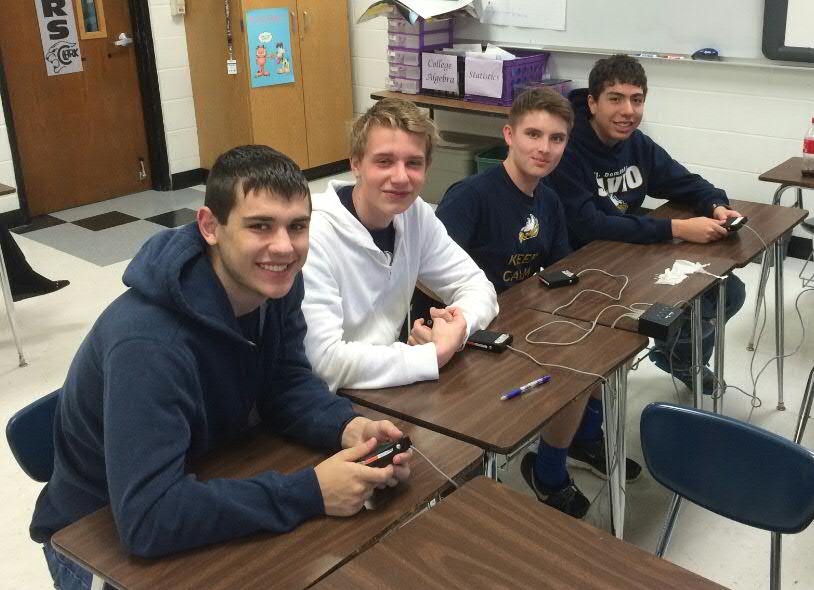 In the Varsity Division the Savio A team also won three of their preliminary matches by wide margins.The average score in these matches was 279-139. But they dropped one to LASA B by a score of 460-155, and their other two matches were very close. They fell to Cy-Fair High School 280-270, and held off a furious rally by the Brandeis Varsity to win 265-260. Thus, the Eagles finished 4-2 in the prelims, but they could have just as easily finished 5-1 or 3-3. Their record was good enough to give them the number five seed (out of 16 teams) for the playoffs.

After relaxing thru a first round bye in the playoffs, the Savio A squad faced number twelve seeded Lamar IB "A". The Eagles were in control from the start, though a late charge by Lamar to put the final score at 260-215 made the match seem closer than it was. In the quarter-finals the Eagles faced the number four seed Clark "A". The Clark team grabbed an early lead and all looked lost as Savio trailed 180-35 going into toss-up number nine. But a mini-rally by the Eagles closed the gap to 180-135 going into tossup number thirteen. Clark bounced back to go up 255-130 just prior to tossup number fifteen. Again the Savio A squad put on a rally and closed the gap to 255-210 going into tossup number eighteen. But the Eagles got no closer as Clark finished them off by a score of 335-255.

The Eagle "A" team finished the day in a tie for fifth place. Daniel Jilek led the team in scoring with 41.88 points per game (12 powers and 9 NEG5's). The Brandeis Varsity squad that the Eagles had narrowly defeated in the prelims was seeded ninth for the playoffs. But they put on a magical run, defeating the number one seeded Keystone A in the quarter-finals. They followed this up with a victory in the semi-finals over the Clark team that eliminated Savio. Brandeis capped off their playoff miracle with a victory in the final round over nationally ranked LASA B. It was truly a day on which it seemed any team could have won.