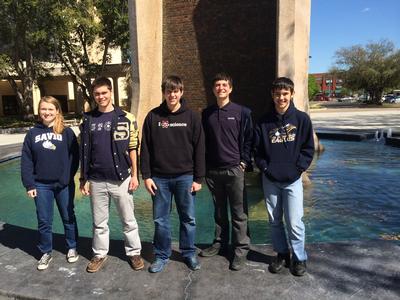 Freshman Emily Shoemaker and junior Grace Isakson are the first two Savio students to be crowned state champions in TAPPS academic events. At the state competition in Waco on April 8th Emily won first place in Number Sense, and Grace won first place in both TAPPS Math and the Science event. Additionally, Grace was recognized for having the top score in the Physics portion of the Science event.

But these two young ladies were not alone. A total of seven Savio students advanced to the state competition. Collectively Savio had 14 entries at state, scoring a total of 55 points and taking 4th place overall, out of 25 schools. Each of the other schools in the top six had at least 25 entries, so the Savio group was a very productive one indeed.