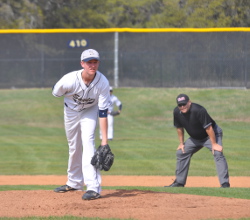 "Savio baseball suffered their first district loss at the hands of Hyde Park 3-0. Savio couldn't get much going against Chance Kirby for the Panthers who struck out 14 Savio hitters. It was probably the best pitcher Savio has seen all season. Schyler Hallberg (4-1) pitched a complete game for Savio striking out 8 Hyde Park hitters and allowing just one earned run. The other 2 runs advanced on errors." 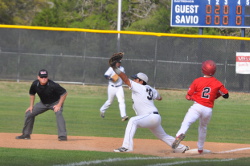 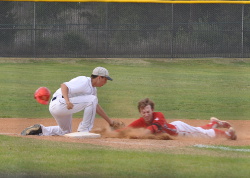 "Savio is a game behind Hyde Park now and prepares for a trip down to Victoria Friday evening at 7pm for their next district match up. Savio is now 19-4 overall and 3-1 in district play." - Coach Sloat