"I would like to entrust it [the Relic] to an institution where it will be respected. After seeing the presentation of your school on the internet, I called your school’s office and was told you would accept it, and so I’m sending it to you. May St. Dominic Savio bless your work and your high school."

Along with the Relic, the Priest included the official documentation the Vatican from May 27, 1960 declaring the Relic as the remains of St. Dominic Savio. 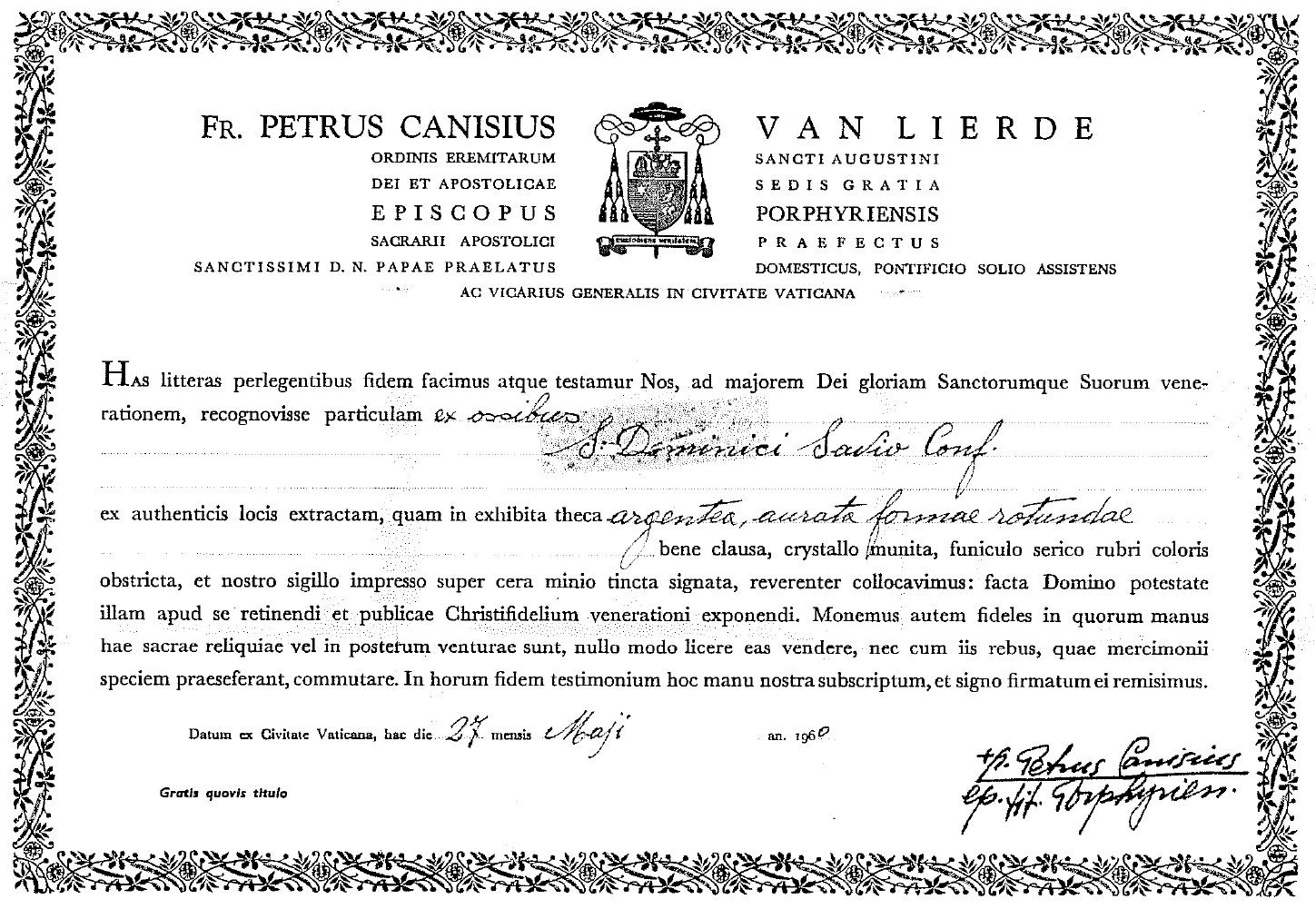 The translation of the certificate reads:

We make these letters with scrutiny’s of its faith and we bear witness, for the greater glory of God and the veneration of His Saints, to have recognized the particle from the bones of St. Dominic Savio conf., furnished from authentic body parts, which exhibited in a silver case, gilded of a round shape, well closed, protected with crystal, tied by a slender silken rope of a red color, and signed with our sigil imprinted above the wax dyed with vermillion, we have collected reverently: with power made for the sake of retaining it among yourselves and for the sake of display for the public veneration of Christians.

We warn however the faithful or the following in whose hands these sacred relics will come, in no way to allow them to sell it, nor to exchange with these things, in order to make the kind of merchandise no secret. To the faith of these and confirmed with this signature we sent back this testimony written in our hand. Given from The Vatican State, this day the 27th of the month of May, the year 1960

“The Savio Campus Ministry Director, Mr. Chris Ochoa and I met, and he asked me what facilities could do about buying or building a display case for St. Dominic's remains that would serve as a permanent, special place for veneration. After thinking about what a display case would look like, I eventually decided to design and build a case.” Mr. Pendergrass 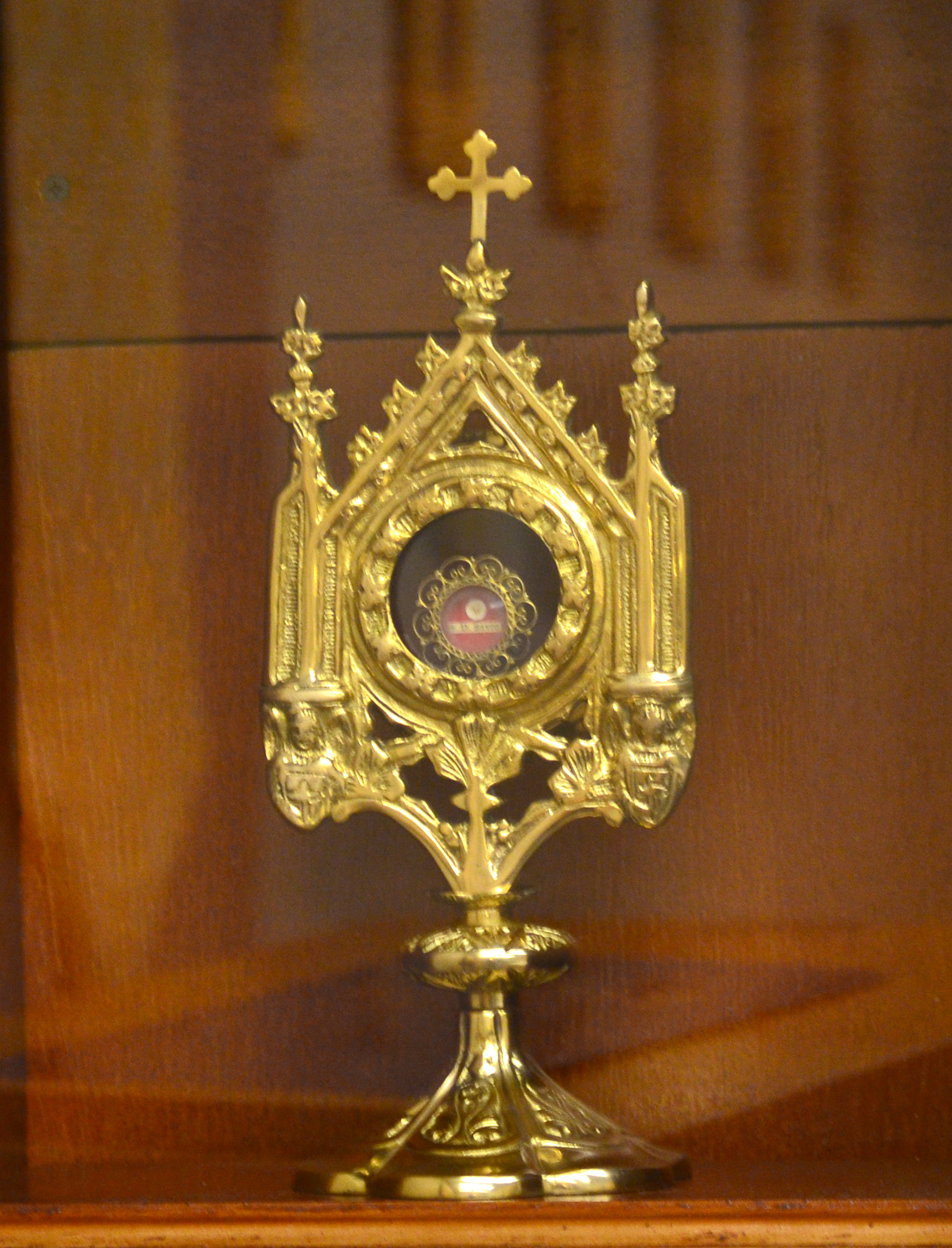 Mr. Pendergrass built the display case out of wood with a thick protective glass that allows viewing and provides a permanent memorial that now resides in the school Chapel.  The case is a beautiful example of his custom carpentry and design abilities.Students, faculty and staff are welcome to visit the chapel and pray in front of the relic during regular school hours.

The relic is a reminder to the community that St. Dominic Savio was a real person and it is possible to pray with our school intercessor. If you would like to visit the relic and are not a Savio student or parent, please contact the front office for visiting hours and additional visiting information. 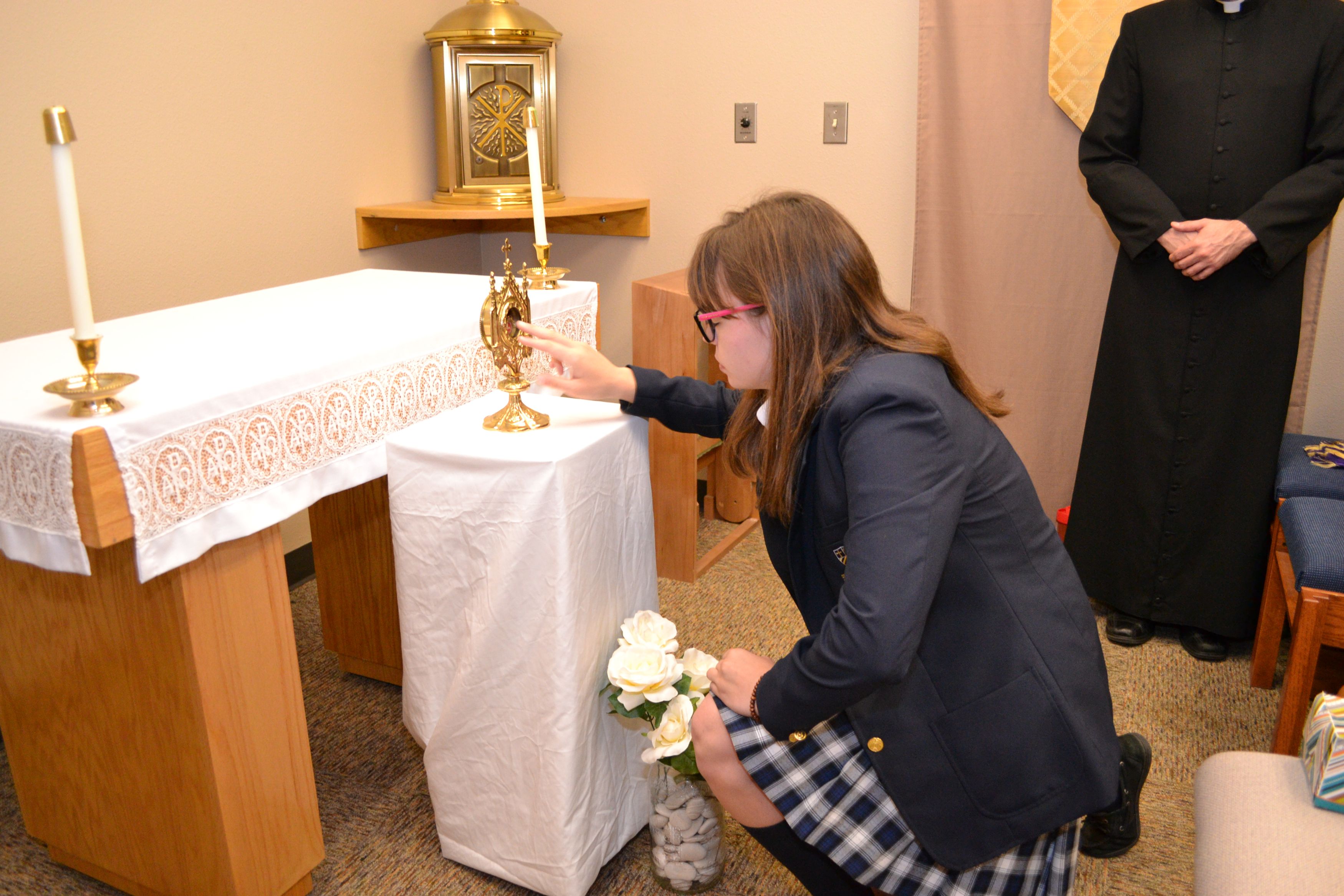 "I need nothing in this world in order to be happy. I only need to see Jesus in heaven, whom I now see and adore on the altar with the eyes of faith."