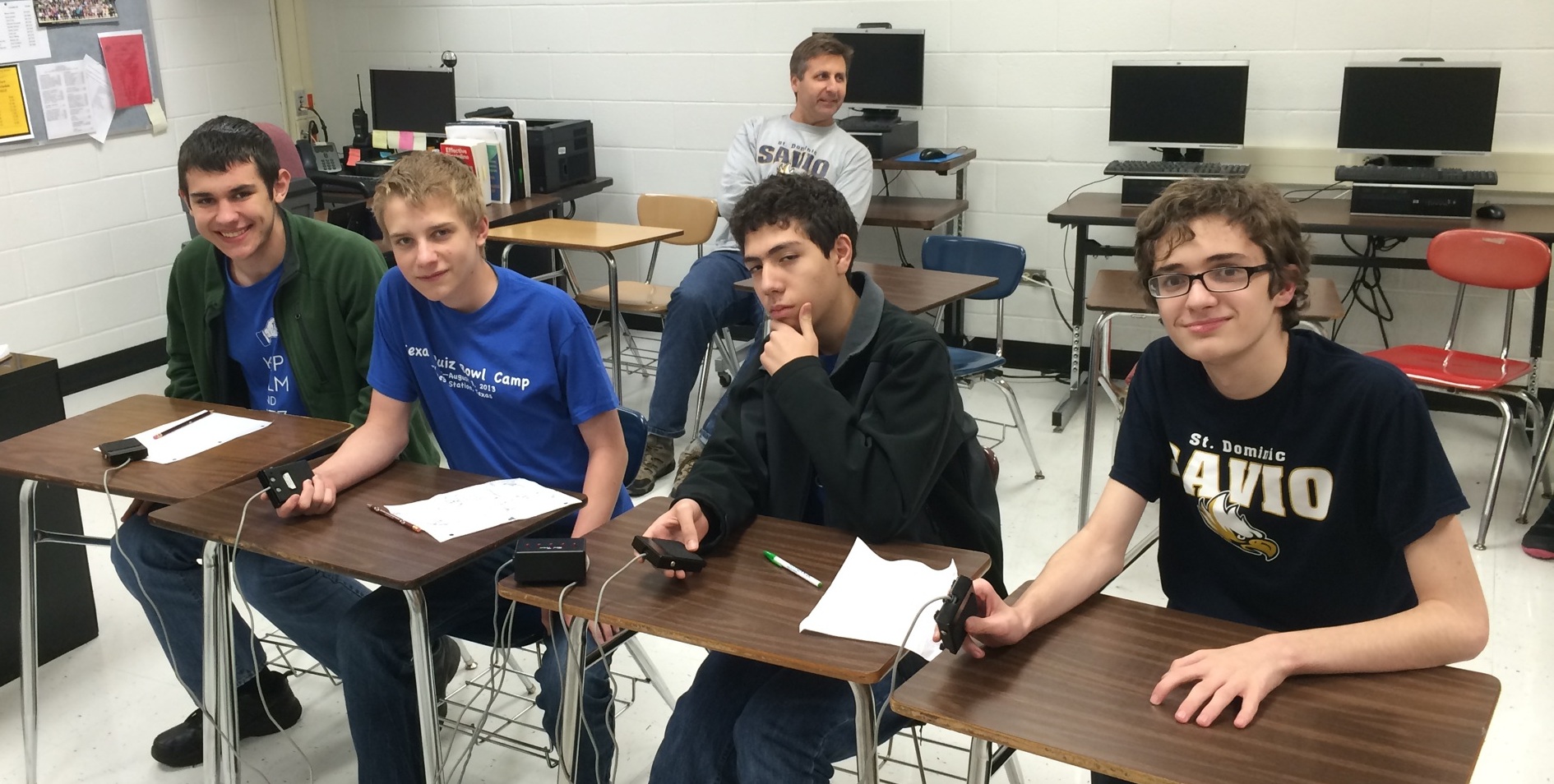 Tom Clark High School in San Antonio hosted the Bexar Bowl Quiz Bowl tournament on Saturday, February 14th. The Savio team went into the tournament without its captain or any of its top three science players. This was akin to a football team playing without its starting quarterback and three wide receivers. The all-sophomore team of Eleazar Camez, Jack Frey, Nick Isakson and Daniel Jilek entered the tournament determined to succeed in spite of this adversity.

In the first round of the playoffs the Eagles eliminated the #12 seed Reagan D fairly routinely by a score of 290-135. In the second round they faced #4 seed Brandeis B. Savio won this match in convincing fashion by a score of 390-130. Next up was the lower division semi-finals against #1 seed McAllen Lamar. The Eagles avenged their preliminary round loss, eliminating Lamar by the score of 315-125.

The lower division championship match brought the Eagles a chance at redemption for the preliminary round loss to John Jay High School. The players from Jay were rather surprised to see that Savio had defeated the #1 seed. But the Eagle team proved that their semi-final victory was no fluke. It was a low-scoring game throughout, with the Eagles holding a modest lead. Savio managed to pull away a bit at the end, winning by a score of 195-85. The reward for winning the lower division was a head-to-head match against the upper division winner from LASA.

Few who sat in the room expected the Eagles to have a chance in the tournament final against nationally ranked LASA. The Eagles trailed early, allowing LASA to jump out to a 100 to -5 lead in the first three tossups. But Savio countered with a flurry of their own, making the score 90 to 75 after seven tossups. LASA scored again on tossup number eight, but the Eagles came back by taking the points on tossups nine and ten.

At the halfway point in the match Savio actually had the lead at 125-120! The Eagles kept it close, remaining within striking distance all the
way thru tossup number fifteen, with the score at 230-170 in favor of LASA. But LASA took command in the final five tossups, claiming victory by a score of 365-190.

The Eagles ended the day in second place overall. This high finish qualified the Eagles for the High School National Championship Tournament in Chicago in May. Daniel Jilek led the way for the Savio team with 71.36 points per game (30 powers and 11 NEG5's). Daniel was also the fifth highest scorer in the whole tournament.

The final regular season tournament of the year will be on March 21st at San Antonio's Earl Warren High School. The Texas State Championship tournament will be April 11th at Seven Lakes High School in Katy. 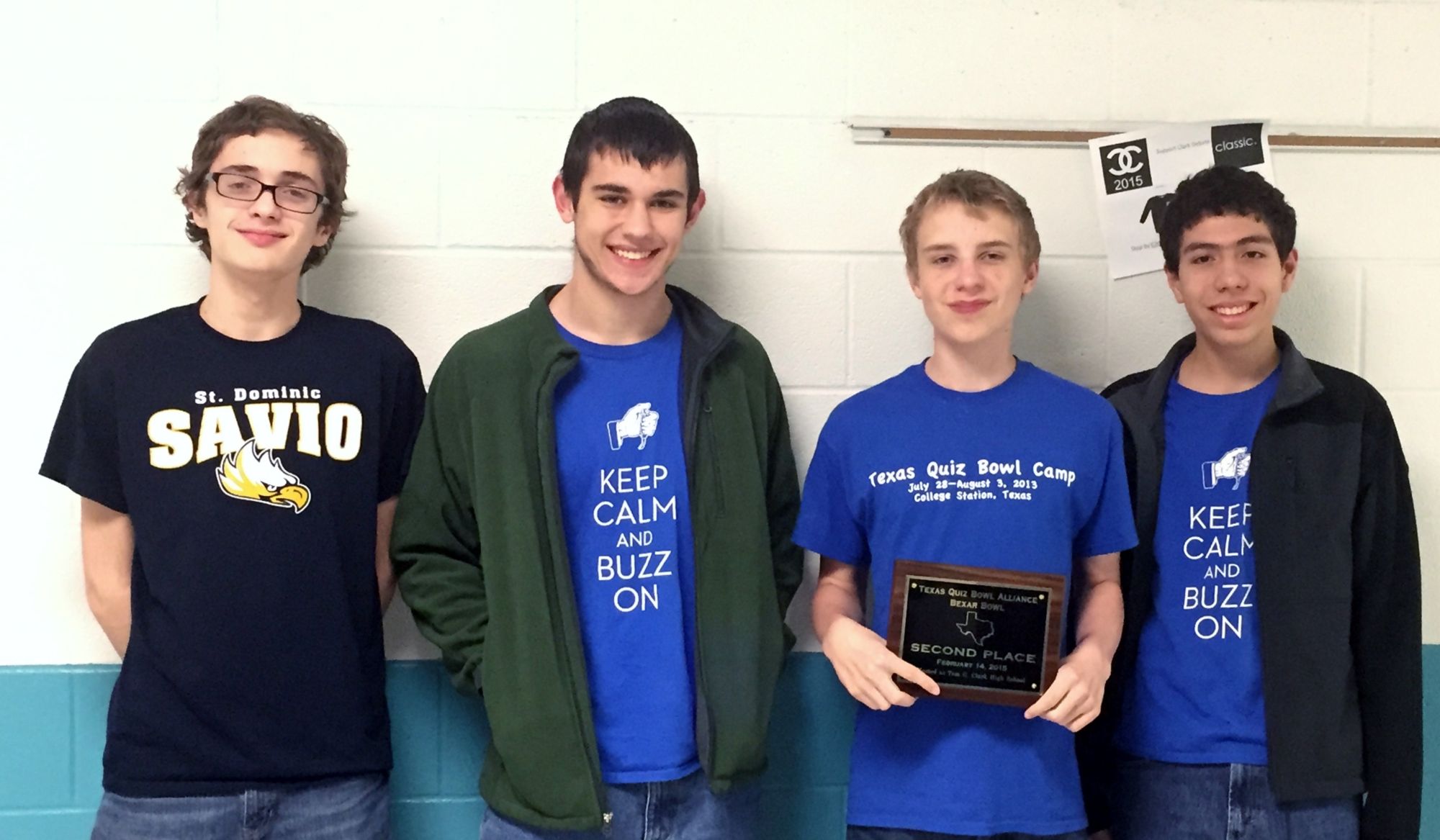