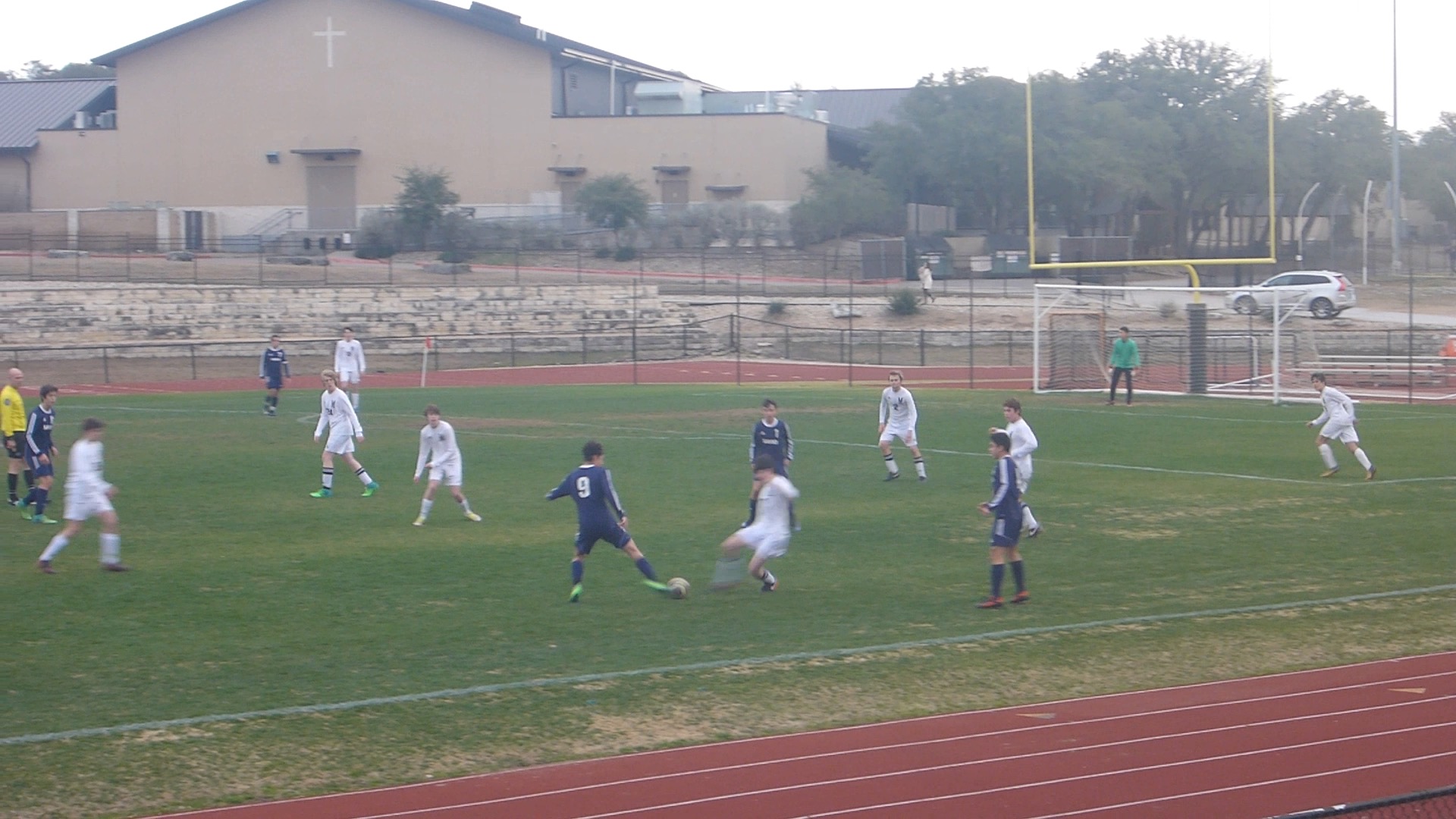 Closing out the regular season with a strong win, the Savio Boys soccer team beat district rival St. Michael's 3-1 on Friday. Two first half goals from Freshman Sebastian Martinez (one assisted from Kyle Gonsalvez and the other from Brendan Mazzurana) put Savio up 2-0 in the first half, then Brendan Mazzurana scored in the second half off a pass from Chris Gonzalez to put the game away.