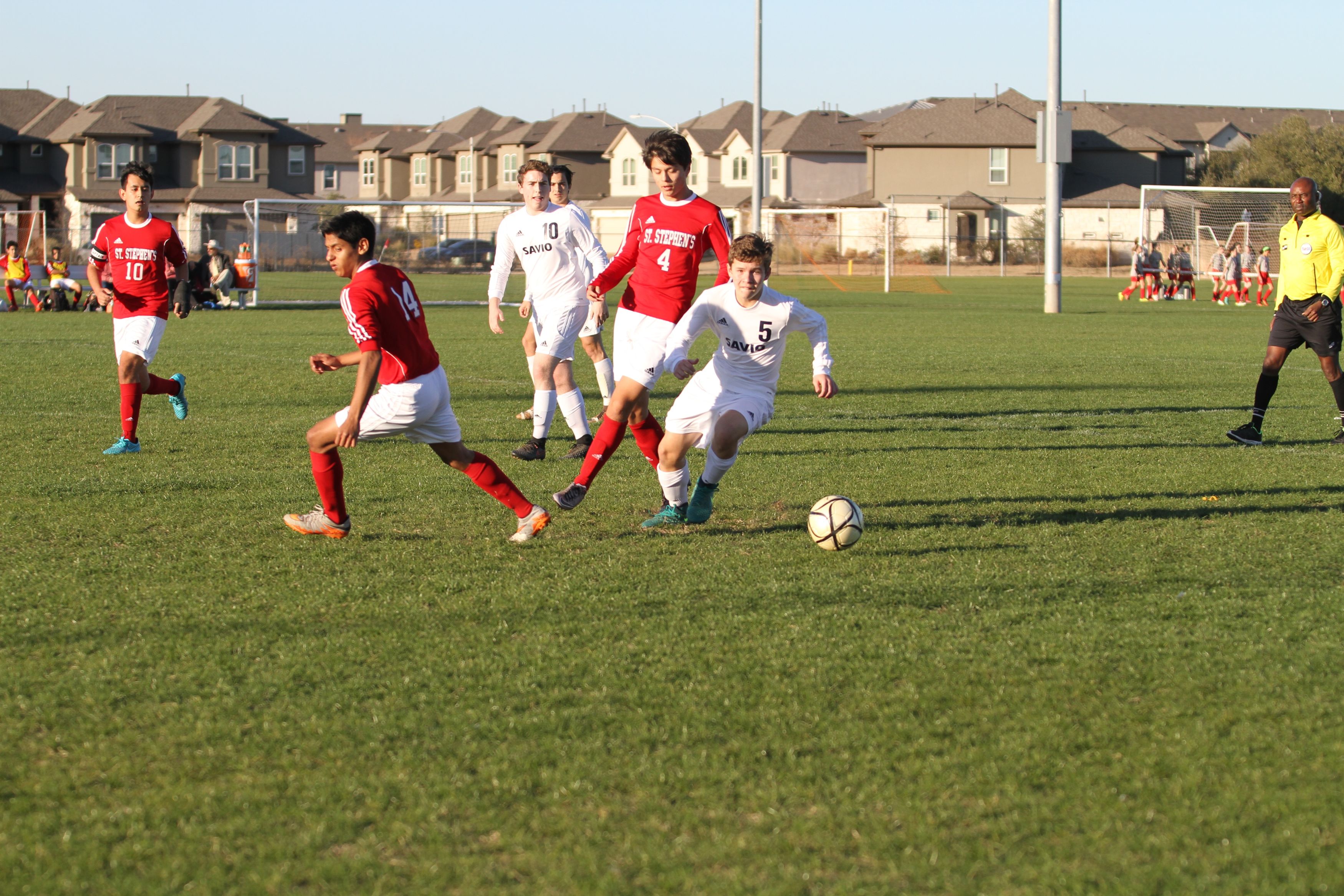 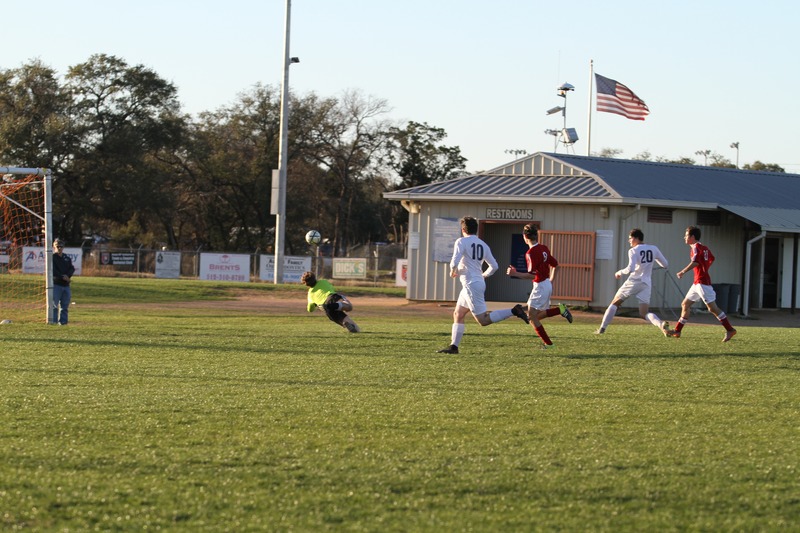 Goalie Cory Cady, and the Savio defense (Patrick Miles, Mitch Romero and Cameron Henry) shut down St. Stephen's to preserve Savio's fourth shutout of the year, and second in a row.  After a scoreless first half, two minutes into the second half, Kyle Gonsalvez passed a nice ball to Freshman Joseph Figliozzi who put a perfect sharp angled shot from the corner over the St. Stephen's keeper into the goal for the win.  Savio is 11-2 and has won six in a row (best ever for boys soccer).

District play resumes with the next game, 5pm Friday at the Town and Country Soccer complex. 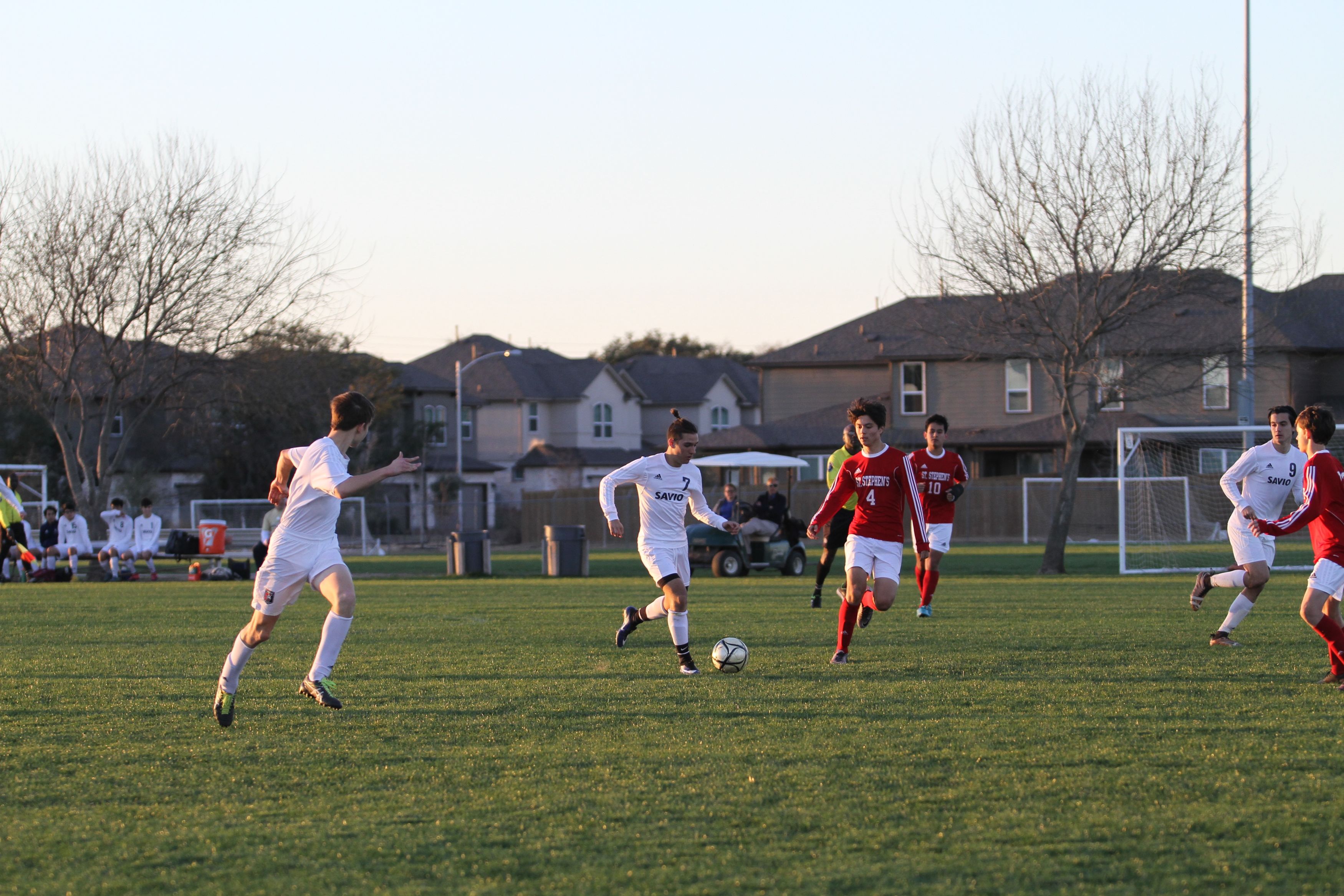 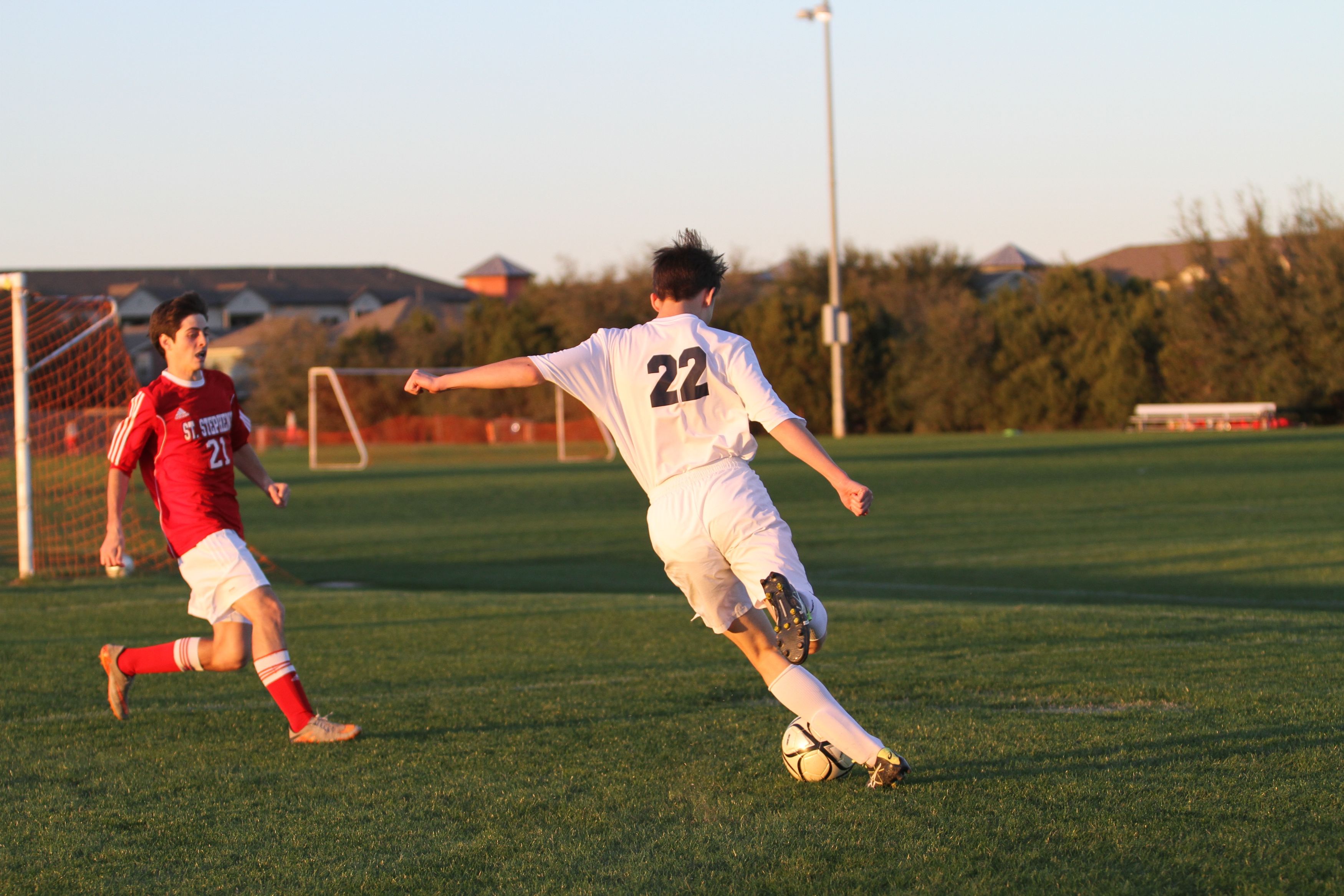