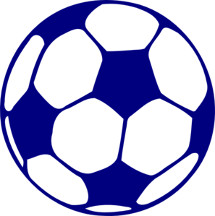 Hill Country Christian was the Division 3 TAPPS Boys Soccer State Runner-Up the last two years. Midway through the first half Cian McGetrick drilled a shot into the corner of the goal off a pass from Santiago Sustaeta for the winning goal.  Goalie Cory Cady and the Savio defense played well preserving the shutout.

The next game is Thursday at 7pm at St. Stephen's.