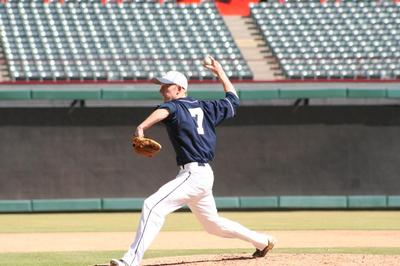 Dominic Kress was named Honorable Mention to the TAPPS 4A All-State team. During district play he recorded a 4-0 record with a 0.33 ERA allowing just 4 hits in 21 innings while striking out 27 batters.  For the whole season, he went 4-1 with 2 saves and a 2.13 ERA with 35 K's. Dominic has earned both 1st Team All-District and Academic All-State awards for the 2014 season. During the 2014 season Dominic was able to add a curve-ball and a very deceiving split-finger to his arsenal.